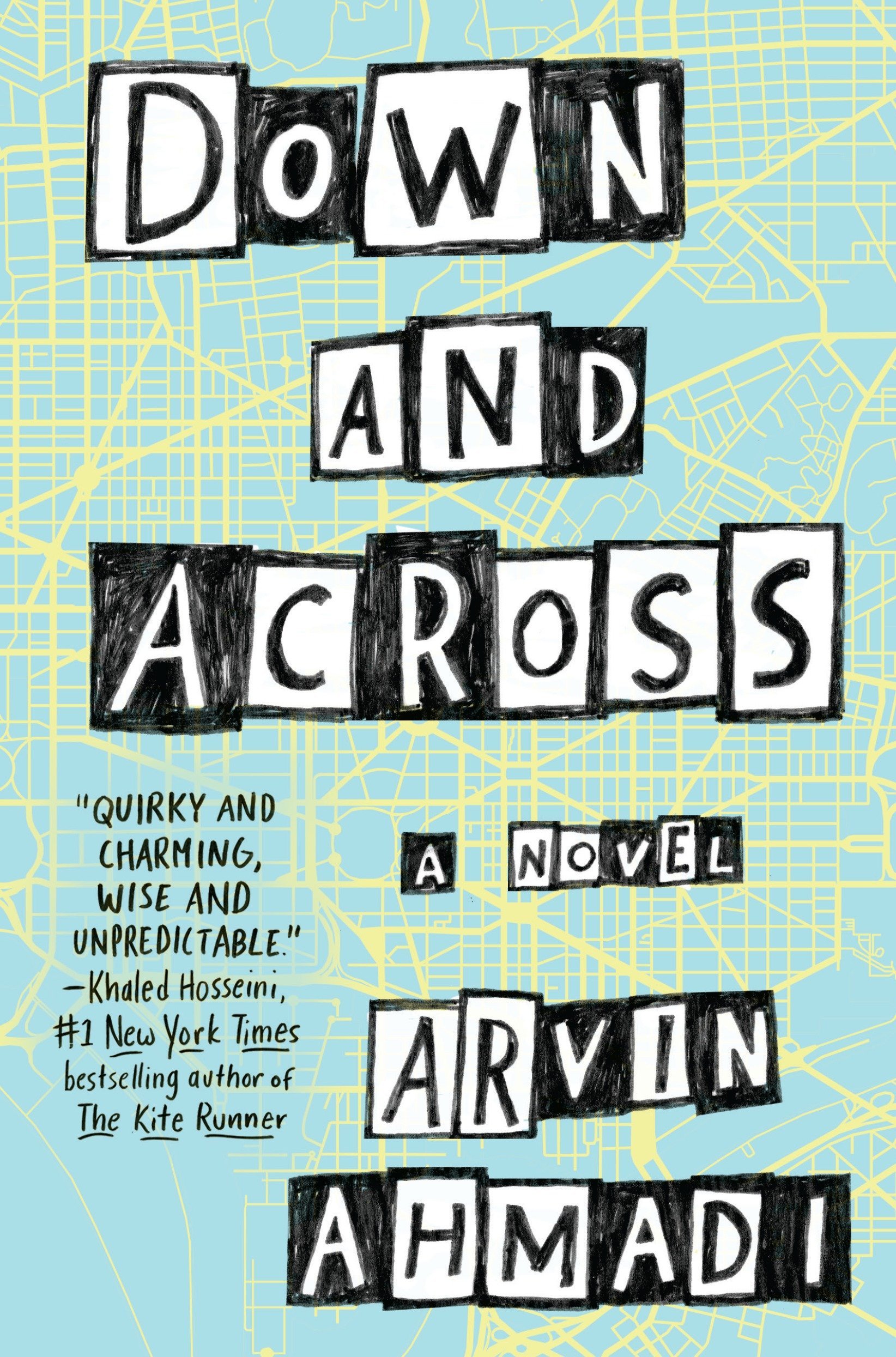 Scott Ferdowsi has a track record of quitting. writing the Great American Novel? Three chapters. his summer internship? One week. His best friends know exactly what they want to do with the rest of their lives, but Scott can’t commit to a breakfast cereal, let alone a passion.

With college applications looming, Scott’s parents pressure him to get serious and settle on a career path like engineering and medicine. Desperate for help, he sneaks off to Washington, D.C. to seek guidance from a famous professor who specializes in grit, the psychology of success.

He never expects an adventure to unfold out of what was supposed to be a one-day visit. But that’s what Scott gets when he meets Fiora Buchanan, a ballsy college student whose life ambition is to write crossword puzzle. When the bicycle she lends him gets Scott into a high-speed chase, he knows he’s in for the ride of his life. Soon, Scott finds himself sneaking into bars, attempting to pick up girls at the National Zoo, and even giving the crossword thing a try-all while opening his eyes to fundamental truths about who he is and who he wants to be.

Saaket [Scott] Ferdowsi is a 16 year old that lacks enough focus to commit to a long term goal. He is also son to parents who want to see him succeed, but only in ‘safe’ fields. However, there is one thing that fascinates him more than anything, grit. Grit and the search of the famous professor Mullard – extraordinaire of grit begins his journey of finding his identity, his niche.

Jumping into this book was a surprising pleasure. I really enjoyed how the author was able to make a crossword a sort of metaphor for life. There are always downs and acrosses but they don’t always mean the same thing. Essentially, our paths are never pre-created because they can change based on the choices we make. It is also part of Fiora’s identity which allows us to thin outside of the box when it comes to her many impulsive decisions. Crosswords also bring both Scott and Fiora on an adventure Scott would have never imagined.

Another big like form this novel was Scott’s cultural identity. throughout the novel, Scott describe his helicopter parents that want him to solely focus on his studies, phrases form his native language and realizing the cultural differences he had form Fiora, Trent and Jeanette. Although not rare to know of character’s race/ethnicity/nationally, it was great to see his culture so part of his story and celebrated in a way that is not seen in main characters of color in stories.

In terms of characters, I enjoyed Scott’s authenticity and generosity but was consistently bit disappointed in his sometimes unrealistic view of perfection when it came to Fiora. Fiora is indeed a special girl, but it downplayed Jeanette, who with enough chance of character development could have been somehow useful to the story. Back to Scott’s authenticity. The uncertainty he showed towards his future is something that is so relatable to being a teenager. I enjoyed the character development between Fiora and Scott because it essentially showed how each character was able to bring the best out of the other. This was a unique relationship and the author was able to show this. Their friendship was something straight out of a movie which at times was both relatable but also very, very surreal. I will say that I wish there was more backstory to Trent other than being a friend of Fiora’s.

This novel was well written and was able to keep you wanting more. With each adventure Scott found himself in, I became more enticed to figure out if he would find himself a little more in each adventure and will he receives all the answers to his questions about grit. Overall, Down and across was a fun, lighthearted, read full of discovery, self-identity and purpose. Arvin Ahmadi was able to portray what it may be like to be a teenager unsure of their future but willing to do whatever ti takes to color outside the lines and create a crossword of the life they can see for themselves. i would recommend anyone to read this book and also have a crossword ready because you may just be tempted to dive into one after reading this book.